The standard fuel tank is 135 litres although an RAF Fuel Carrier version was produced with a 167 litre version (according to the MOD manuals).

When in doubt, go direct to the manufacturer

DAF no longer make steel tanks and instead have opted to go down the plastic route for their smaller (LF) trucks. The company that manufactured the steel tanks was Warwick & Bailey Engineering, fortunately they are still in operation under the name of their parent company Permoid Industries Limited. This company uses the original production equipment to make the same tanks.

Their website lists all configurations of DAF steel tanks with part numbers. It's possible to re-use the original mounting brackets (and design criteria) by buying a tank that's the same profile, but a different length. The standard width and height of the T244 tank is 493mm wide by 388.5mm high. This allows for the following sizes in theory (original in bold):
Theoretically all tanks should fit on the left side of the DAF T244 as there is at least 1350mm of space where the original fuel tank sits. Most builders seem to opt for either a non-DAF tank or the 168 litre "long range" tank but I'm going to try and fit the 200L tank and add a third bracket to support it.

​This information is the best to my knowledge, I have purchased the tank with the RHS connectors as that was the only one in stock, and this should give a bit more room for the pipes and hoses, albeit with a longer run for them, but no longer than stock. Both of the tanks above come with a sender unit. Unfortunately the new sender units are slightly different and when fitted, will read full when empty and vice versa. Leaving the inlet/outlet on the rhs of the tank (rear of the truck) means the fuel will not cut out going uphill if very low on fuel but downhill which is desirable for obvious reasons.
The 1250mm long fuel tank requires a third bracket (to meet bodybuilding guidelines) which will have to to purchased separately and involves drilling the chassis to fit them. 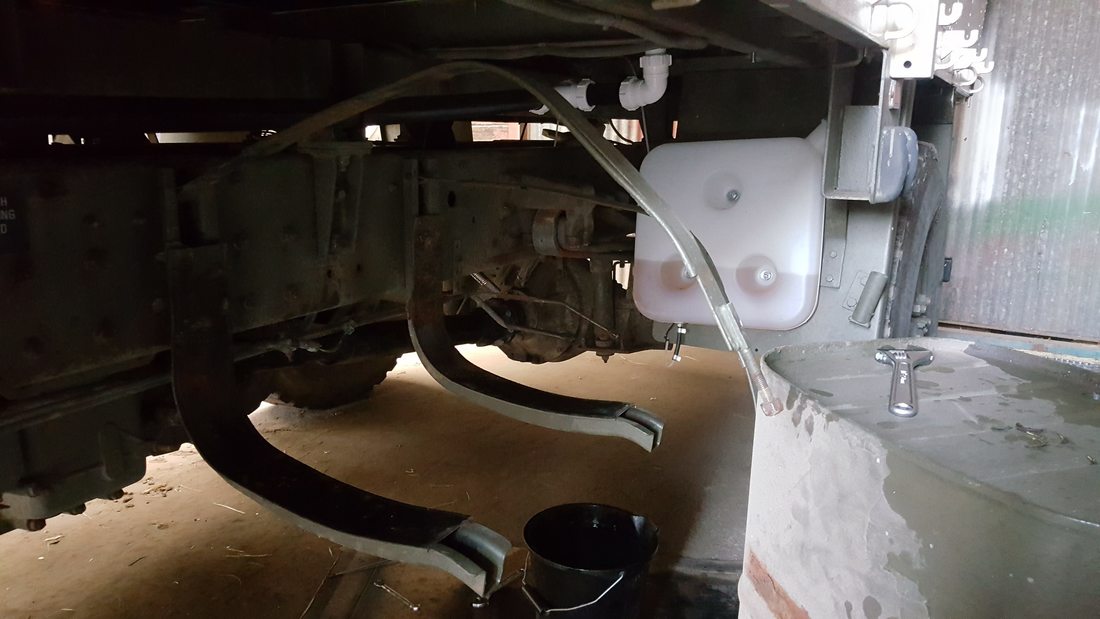 Original tank removed.
When the 200L tank arrived, the spacing of the ribs, filler neck, fuel gauge, and drain plug all restrict where the brackets can support the tank. The rearmost bracket was left where it is but the front one had to be moved and a third one added. In the end the decision on where to place the brackets was made for me and involved modifying the middle bracket to clear the drain plug. 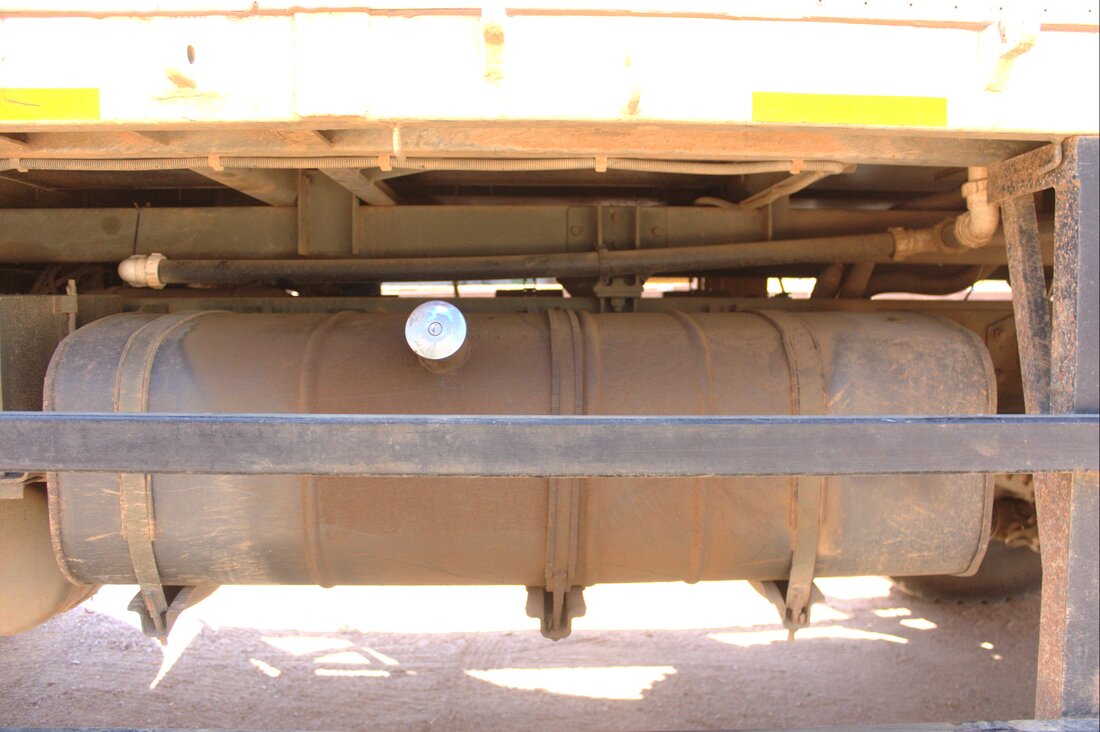